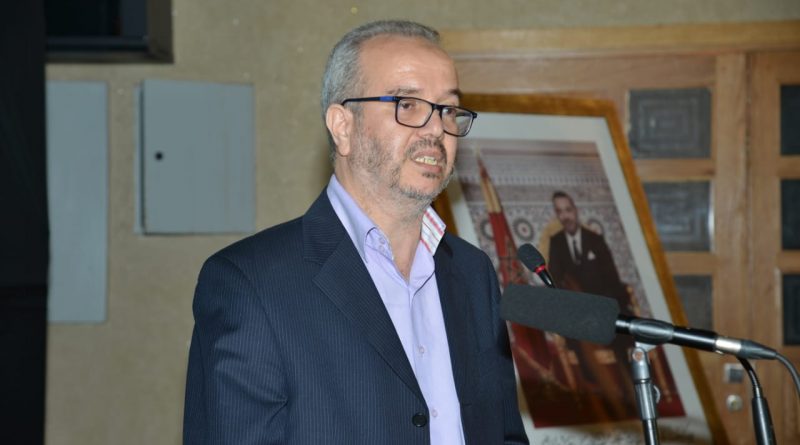 His Excellency Mr. Chakib Benmoussa, Chairman of the Development Model Committee
Mr. Director of the Muhammadiyah School of Engineers, Mrs. Director of the Mohammadia School of Engineers Alumni Association
Gentlemen, heads of associations of institutes and higher schools, brothers, members of associations
We are honored to be with you today in this meeting, which we hope will be fruitful
The National Association of Graduates of the Higher Institute of Maritime Studies represents all executives, officers, captains and engineers in the commercial navigation sector and the maritime sector in general. The Higher Institute of Maritime Studies was established in 1978 as a successor to the National School of Merchant Navigation Officers. And he managed to graduate regiments of officers, captains and engineers, numbering more than three thousand (3500).
When the invitation came to us to participate in the work of the committee’s dialogues with the associations, we considered this in itself a positive thing, because we were complaining that our sector is not represented in the consultations.
We have always called that Morocco, with its location and history, should view the maritime sector as an independent economic pole, and not as a sector that supports other economic poles. Meaning, that Morocco includes in its economic policy the industrial, peasant and tourist pole, and it is time to look at the sea as an integrated economic pole. Therefore, when this invitation came to us, we were pleased with it because we considered this to be the entrance to dialogue with economic actors, and high frameworks for this issue, which is for Morocco to have a maritime economic pole. In our conversations and in our imaginations, we are waiting for a time to come, God willing, when we will have these poles and we will have the Minister of the Sea! We always dream about this, why? Because just by looking at the map, and at the location that God gave it, we should look at our country, which is at the convergence of sea routes
In the last year, there have been three incidents that support this vision, which I will focus on in this simple intervention
The first incident, the spread of the Covid pandemic. And when the cities were closed, quarantine was carried out and precautionary measures were taken, soldiers remained working, among them, seamen crossed the seas and oceans on board ships across the world, to bring us food and medicine. Thus, these supplies did not stop, thanks to heroes who remained in operation during that period
The second accident, which most observers noticed, as it is also a global accident, is what happened last March, when the Ever Given ship ran aground and closed the Suez Canal. As you know, 10 to 12 percent of global trade exchanges pass through this channel. And the heart of the world was beating hard because this sea lanes in the world are like the blood veins in the human body that carry oxygen to all its organs. When this important shipping lane was closed, people worried and experts from Egypt and other countries worked to open the canal again so that the normal course of navigation would return and blood would return to the veins of the world.
The third incident concerns a national issue, which we are still in the process of, ie the return of the world’s Moroccans to their homeland this summer. We know how Marhaba is of paramount importance to Morocco. It is hardly possible to find a Moroccan family without one or more children abroad waiting to visit them during the holidays. This year there was a problem, because due to the absence of our national fleet, prices rose dramatically, and Sami intervened from His Majesty the King to reduce prices so that all Moroccans could visit their country. Everyone felt the importance of the presence of the Moroccan National Fleet to avoid such pitfalls again
We have always advocated the necessity of having a national fleet, especially in order to transport passengers between Moroccan ports and southern Europe. Now everyone can clearly see how this issue has become an urgent priority
The media talked about the support that will be provided in order to maintain a reasonable level of prices. At first we heard about the amount of 2 billion dirhams, and yesterday we heard that the amount could reach 6 billion dirhams. We are now spending this amount as a remedial measure due to the absence of a national fleet, and we are obliged to pay this bill, but we hope that this will open our eyes, and draw the attention of all officials interested in strategy and national economy, that some strategic issues must be reviewed, especially the Moroccan Maritime Pole.
I suffice with this much, and I hope that there will be an opportunity for more during the discussion
God bless you