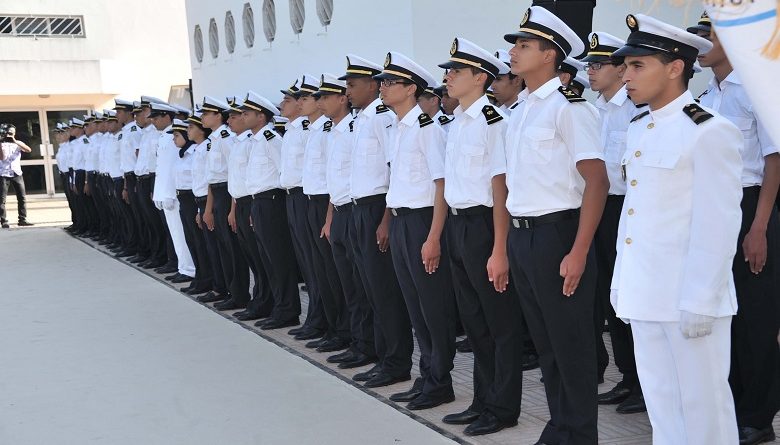 The National Association of Laureates of the Higher Institute of Maritime Studies (ANISE) is organizing a Webinar on May 22 under the theme: « The training of the merchant navy officers of tomorrow, what challenges? »
Although in the world there is still a continued demand for Merchant Navy officers in the shipboard labor market, the situation in Morocco is not the same. Many things have changed over the past 10 years that may have affected the situation of OMMs and their career development
The first major factor in the decline of the Moroccan national flag has greatly impacted the evolution of the profession of merchant navy officer on more than one level:
1- Career prospects have changed
Conversion to the port
a large number have converted to port professions, either by working with the services of port authorities (port officers) or with terminal operators. the development of the Tanger Med port complex and other ports managed by the National Ports Agency coincided with the decline of the flag and these operators were able to take advantage of these skills. However, although this situation made it possible to absorb the surplus of officers in the navigation employment market, it created confusion among new generations of students as to the original reason for their training in navigation. higher institute of maritime studies
other officers have retrained in other trades and have been able to highlight their maritime know-how and adapt it to new fields, thus opening up the possibility of new perspectives.
A minority of Moroccan officers have dared to attempt international navigation
2 – the competitiveness of Moroccan merchant navy officers has been compromised
The transfer of maritime know-how has become almost impossible for lack of work between seniors and juniors on board ships. this transmission of skills “on the job” using tutoring and “learning by doing” approaches is becoming less and less likely.
Moroccan Merchant Navy Officers can no longer keep up with development and practical changes
The second factor that has directly affected the profession is technological development
scientific research carried out by industry leaders continues to provide new solutions to the various challenges facing the shipping industry: energy efficiency, pollution reduction, biological effects of ballast water, reduction in fuel costs. exploitation etc… Moroccan officers of the merchant navy must learn new concepts and acquire new skills in order to be able to follow developments.
sometimes they may need to unlearn old concepts before learning new ones
The third factor is that of regulatory provisions:
The establishment of the Ism code, new pollution laws, the MLC convention, etc.
This news demands that Moroccan Merchant Navy Officers certainly need knowledge to keep up with developments and this is not really a big challenge, but rather an ongoing update. However, the challenge may lie in the behavioral aspect and the state of mind. An 80s engineer officer could dump garbage without being aware of xxxx or incurring criminal risks
The fourth factor is the social lifestyle on board
Moroccan Merchant Navy Officers are now trendy, connected officers who work with other nationalities. They need to know how to collaborate with other colleagues from cultures other than our own.
The fifth factor that has affected the profession of Merchant Marine Officer is the business model of the companies
The trend is no longer this shipping company model with its functional organization chart that internally integrates all departments and centralizes all decisions. The market is tending more and more towards Outsourcing of functions
The contract gives way to indefinite employment and The international mindset replaces the narrow national vision of career development
In this environment, the Anise webinar wants to ask some questions to all stakeholders in the shipping industry.
First The big question that is the theme of this webinar:
How to respond to these challenges through training?
Then, the questions which arise from it and which are put to the various actors in order to see how they apprehend the role of the Moroccan officer of the merchant navy of tomorrow in order to know what their expectations are regarding his initial training and his training. keep on going.
Speakers who represent
Isem
Merchant Marine,
the shipowners
the port directorate
the Webinar will take place on Friday May 22 at 14